An Emotional Tribute to a Basketball Legend 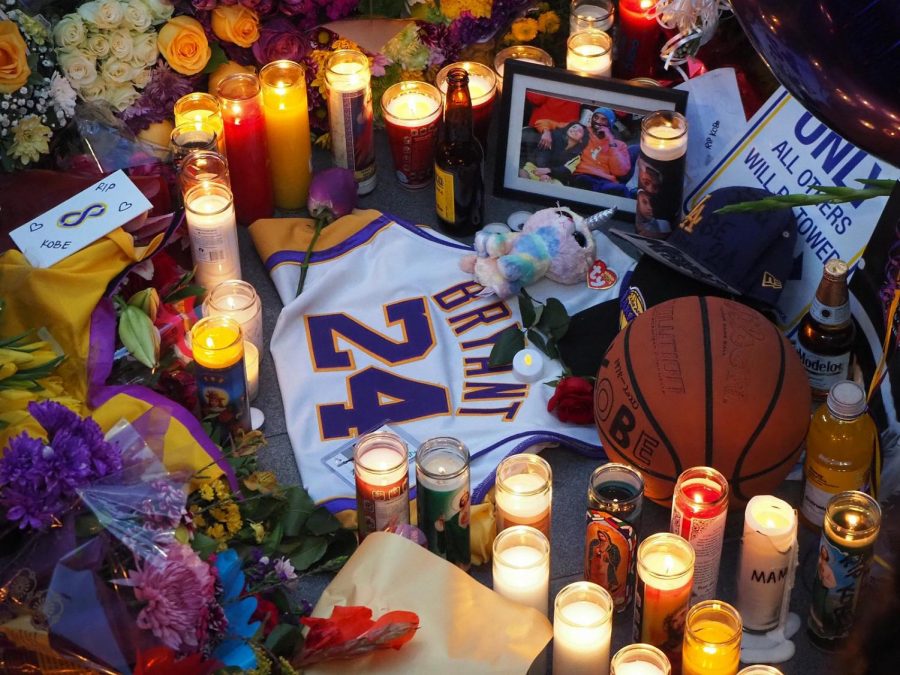 [Courtesy: Wikimedia Commons] Photo of a Fan-made Memorial Outside of Staples Center

On Monday, February 24th, 2020, a 3-hour memorial service was held at Downtown Los Angeles to honor basketball legend Kobe Bryant and his daughter, Gianna. The service took place at Staples Center from 10 AM to 12:30 PM. Many celebrities and NBA basketball players attended the memorial and made speeches, such as Shaquille O’Neal, Michael Jordan, Jimmy Kimmel, Dwayne Wade, Magic Johnson, and Vanessa Bryant, who is Kobe’s widow. Many were left teary-eyed at the end of everyone’s speeches, but it was a great and appropriate way to remember the legend.

For those of you who still don’t know, Bryant, his 13-year old daughter Gianna, and seven others were killed in a helicopter crash last month in Calabasas, California. According to Khou 11, the crash was due to heavy air traffic, as fog clouded California skies that day. Ever since that fateful crash, many people have been making tributes to him around the world. Artists have made murals, crowds and crowds of people have gathered with balloons, pictures, and jerseys at Staples Center, and celebrities and co-workers remember great times they’ve had with the Laker.

Even though he’s gone, he’ll never be forgotten, and this memorial proves that his legacy will live on in his family, his friends, and basketball fans around the world.